Back to All Posts

Thursday 21 January 2021: The LEGOLAND® Windsor Resort has today revealed the first mystifying mythical creature, made from 109,522 LEGO® bricks, which is set to feature in its new multi-million-pound land – LEGO MYTHICA: World of Mythical Creatures.

In a new time-lapse video, viewers get an exclusive behind-the-scenes look at the Chimera creature coming to life. Inspired by Greek mythology, the Chimera features four different heads – a shark, snake, eagle and lion – and weighs a whopping 334kg and took 12 talented Model Makers 653 hours to build.

The Chimera is the first of 13 new giant LEGO mythical models being created in LEGO’s master workshop and gives a glimpse into what guests can expect when they enter the parallel universe of LEGO MYTHICA, due to open in spring 2021.

Marianne McGoldrick, Marketing Director at the LEGOLAND Windsor Resort, said: “It’s been an amazing experience to watch the team build such a diverse set of large-scale LEGO models which have been inspired by the imaginations of children. Each mythical character is so unique and like nothing else we’ve ever featured at LEGOLAND Windsor before.

“It takes our model makers many hours to intricately turn thousands of different sized and coloured LEGO bricks into these incredible models and we can’t wait for families to meet the Chimera and learn more about its role in the story of LEGO MYTHICA when the land opens later this year.”

Expected to open in spring 2021, LEGO MYTHICA: World of Mythical Creatures marks the Resort’s single biggest investment since the gates opened 25 years ago and will feature thrilling new attractions and experiences, including a never-before-seen UK ride.

Working in partnership with Kids Industries, the LEGOLAND Windsor team behind the new land spent a year discussing and testing ideas and concepts with 7 to 11-year-olds and their parents, who influenced everything from the final ride experiences, names and characters.

The LEGOLAND Windsor Resort is also offering children aged between 2 – 16 years the chance to design the 14th LEGO MYTHICA model to be installed in the new land later this year. To enter the competition, kids should submit a photo of their LEGO creation or drawing of their model to the ‘Create a Creature’ competition page on the LEGOLAND Windsor Resort website. For more information, please visit www.LEGOLAND.co.uk/Create. 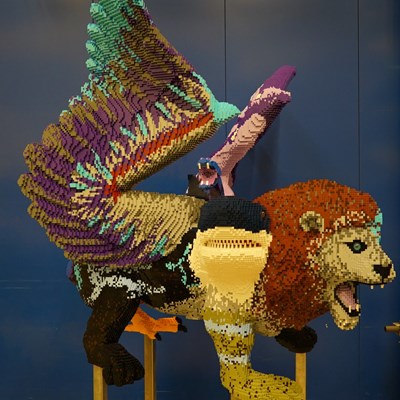